The Festival that has been running every summer for the last 47 years in Martina Franca, in the region of Apulia, has become famous thanks to its unusual and bold choices, and for the quality of the artists that have filled its seasons. Located on the southwestern hills of Murgia, Martina Franca is a baroque town gifted with beautiful views on the Valle d’Itria, resting among vineyards, woods, and centuries-old olive trees. Created in 1975, the Festival has always stood out for selecting forgotten operas and rarely performed pieces of music, for full version performances and critical editions, and for its adherence to the composers’intents.

From 1980, under the presidency of Franco Punzi and artistic direction of Rodolfo Celletti – a leading voice specialist – the festival reaffirmed its original identity as a re-evaluation of the bel canto repertoire and the Neapolitan School, whose greatest stars were Puglia-born composers, without neglecting the vast European repertoire and, in particular, the appreciation of Italian bel canto elements in the work of non-Italian composers. Alberto Triola took the helm as artistic director of the festival in 2010 (after Sergio Segalini’s period 1994-2009) and refocused attention on the bel canto repertoire in Baroque opera, while also planning to extend the festival’s horizons to include twentieth century and contemporary works. 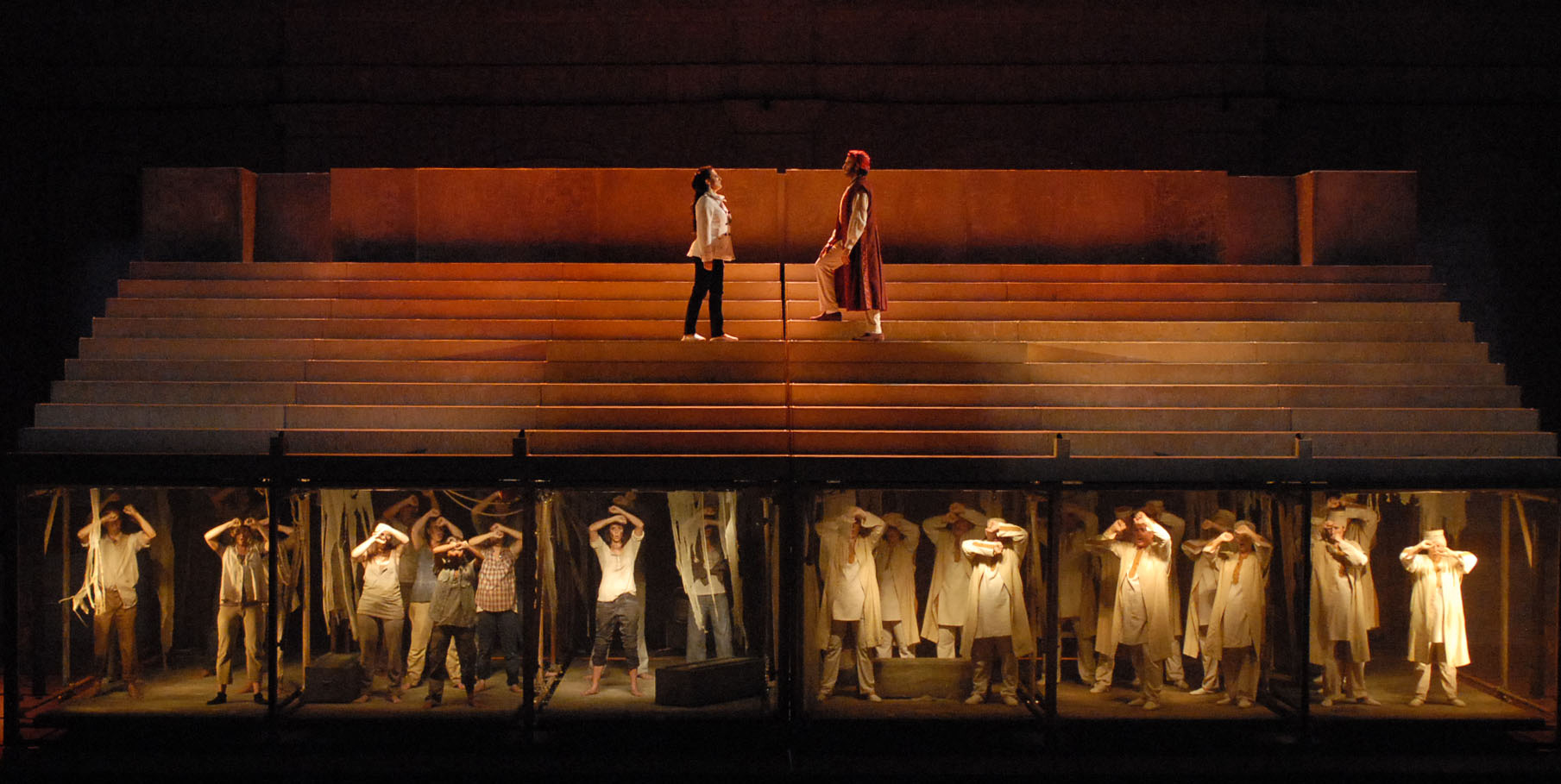 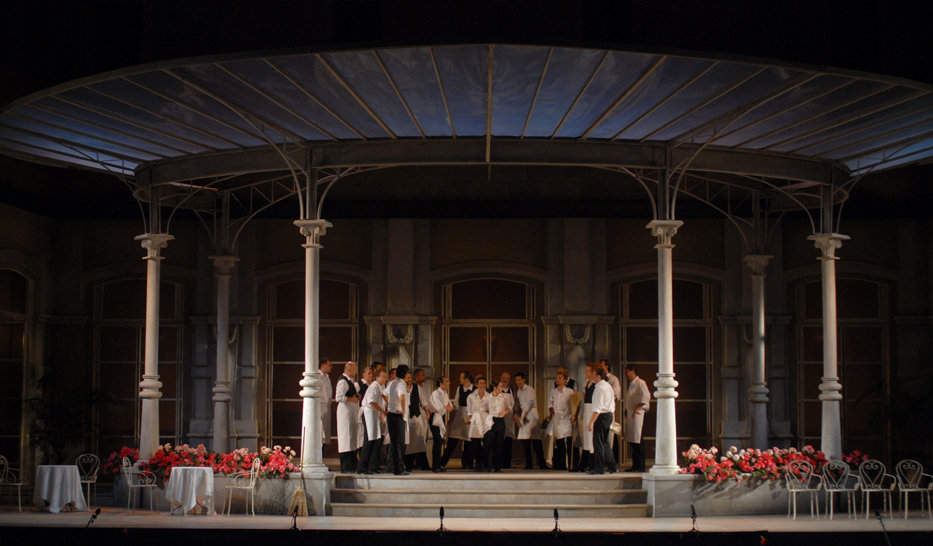 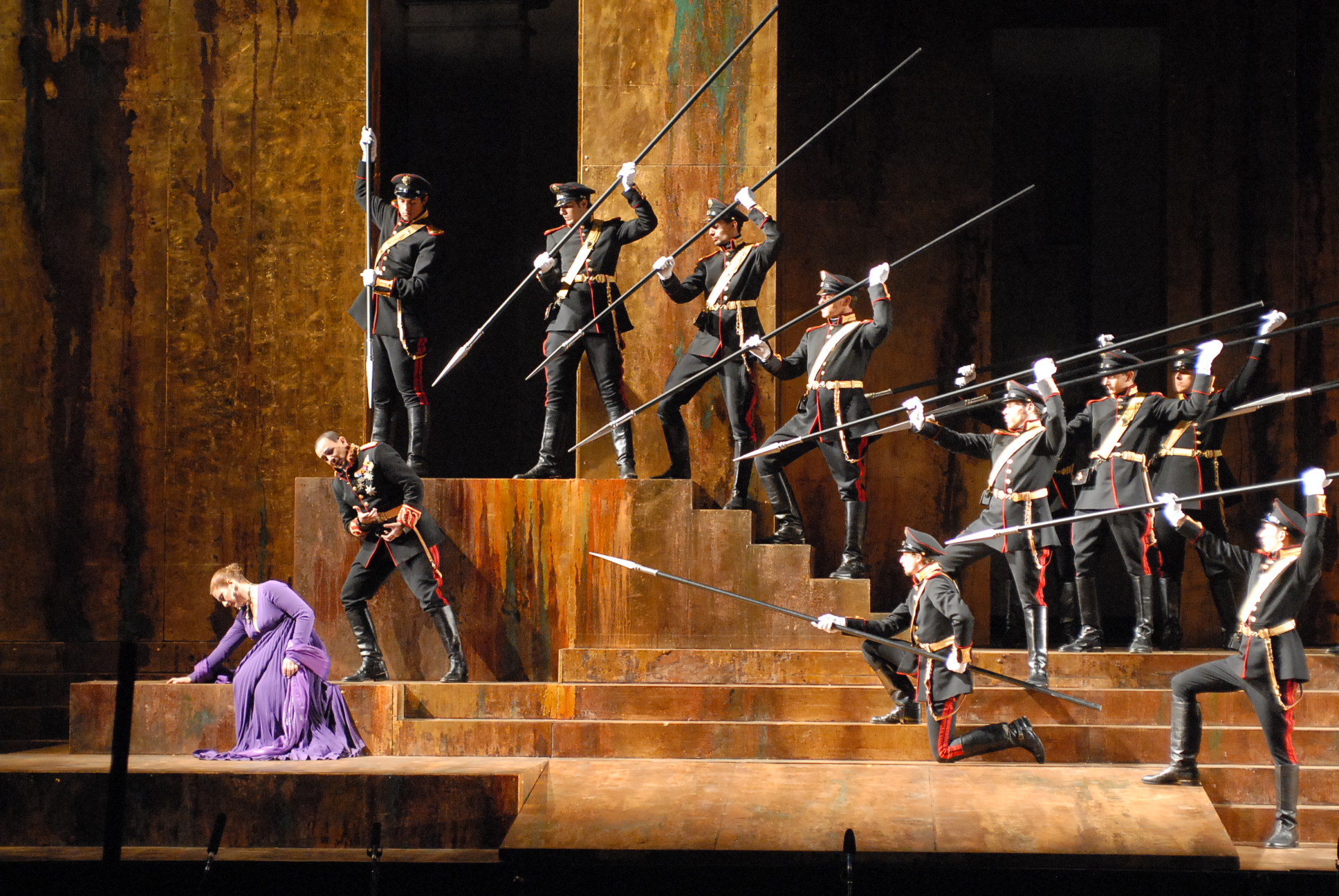 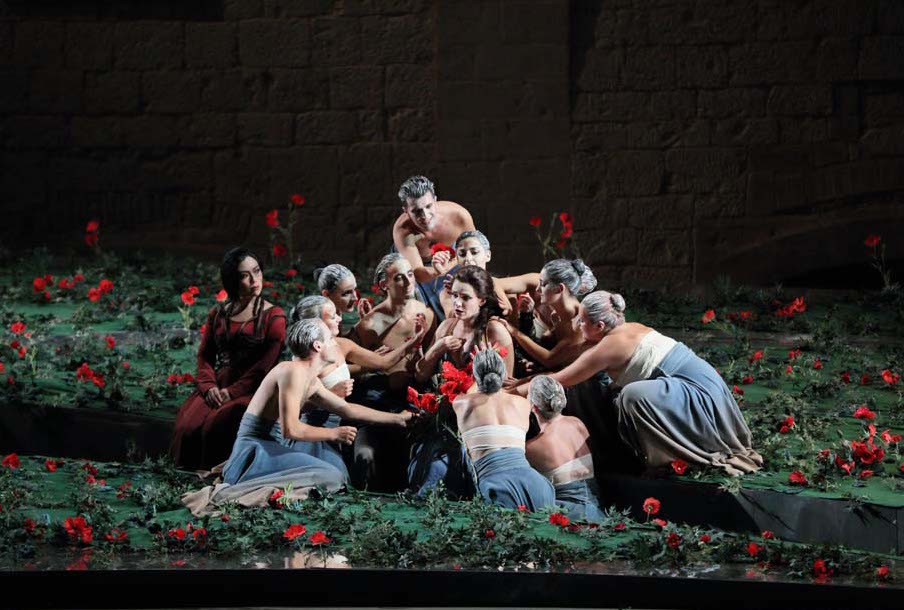 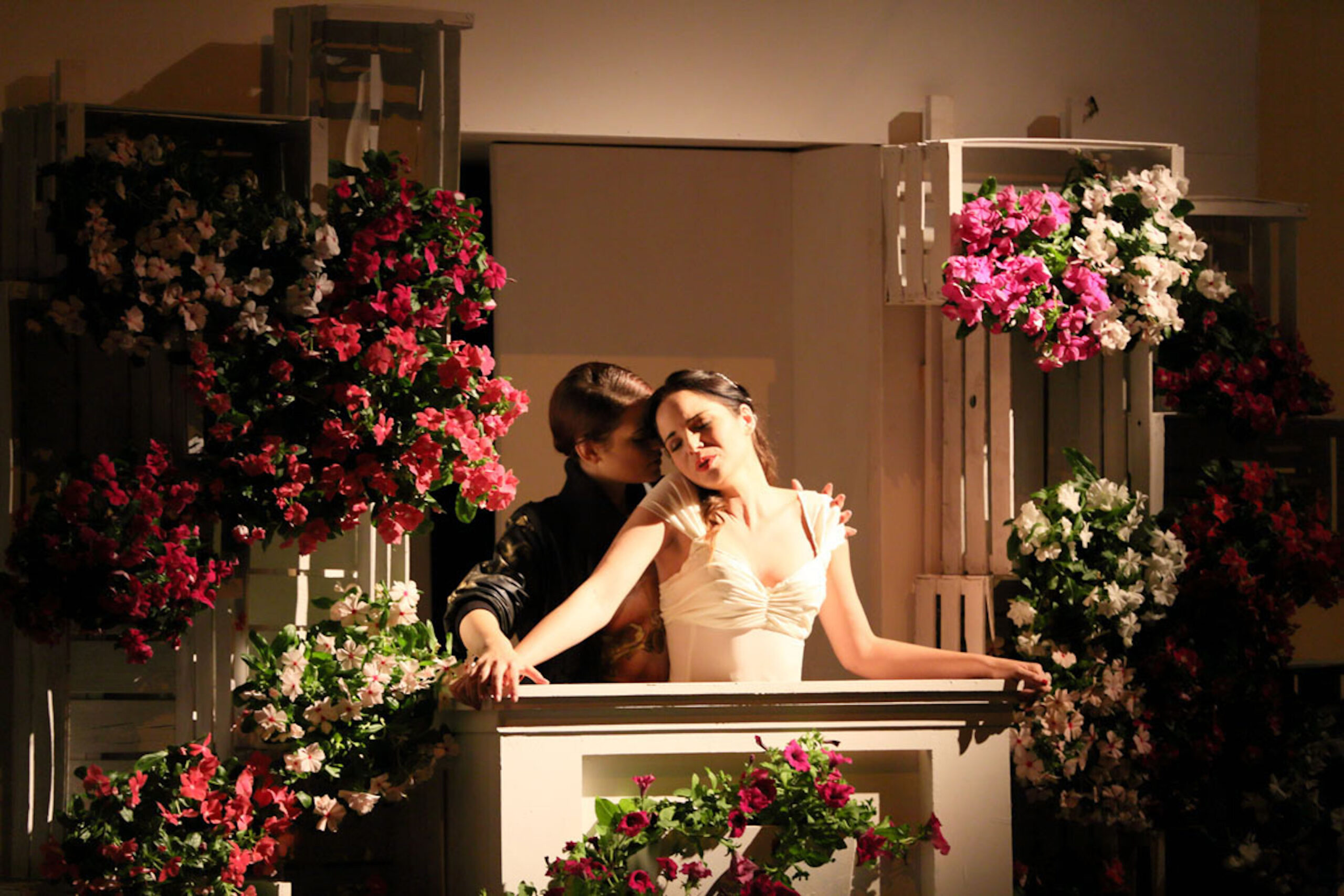 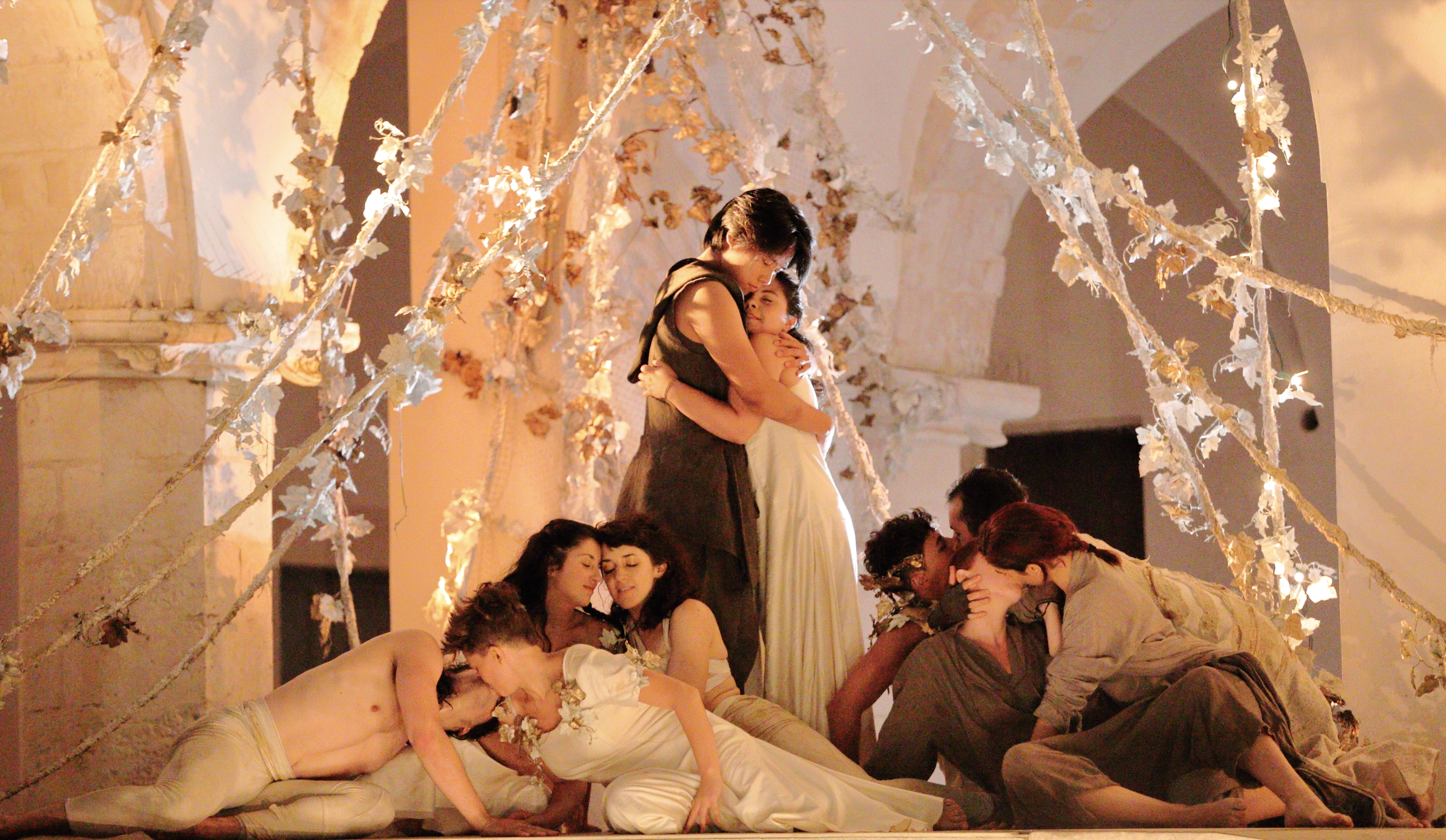 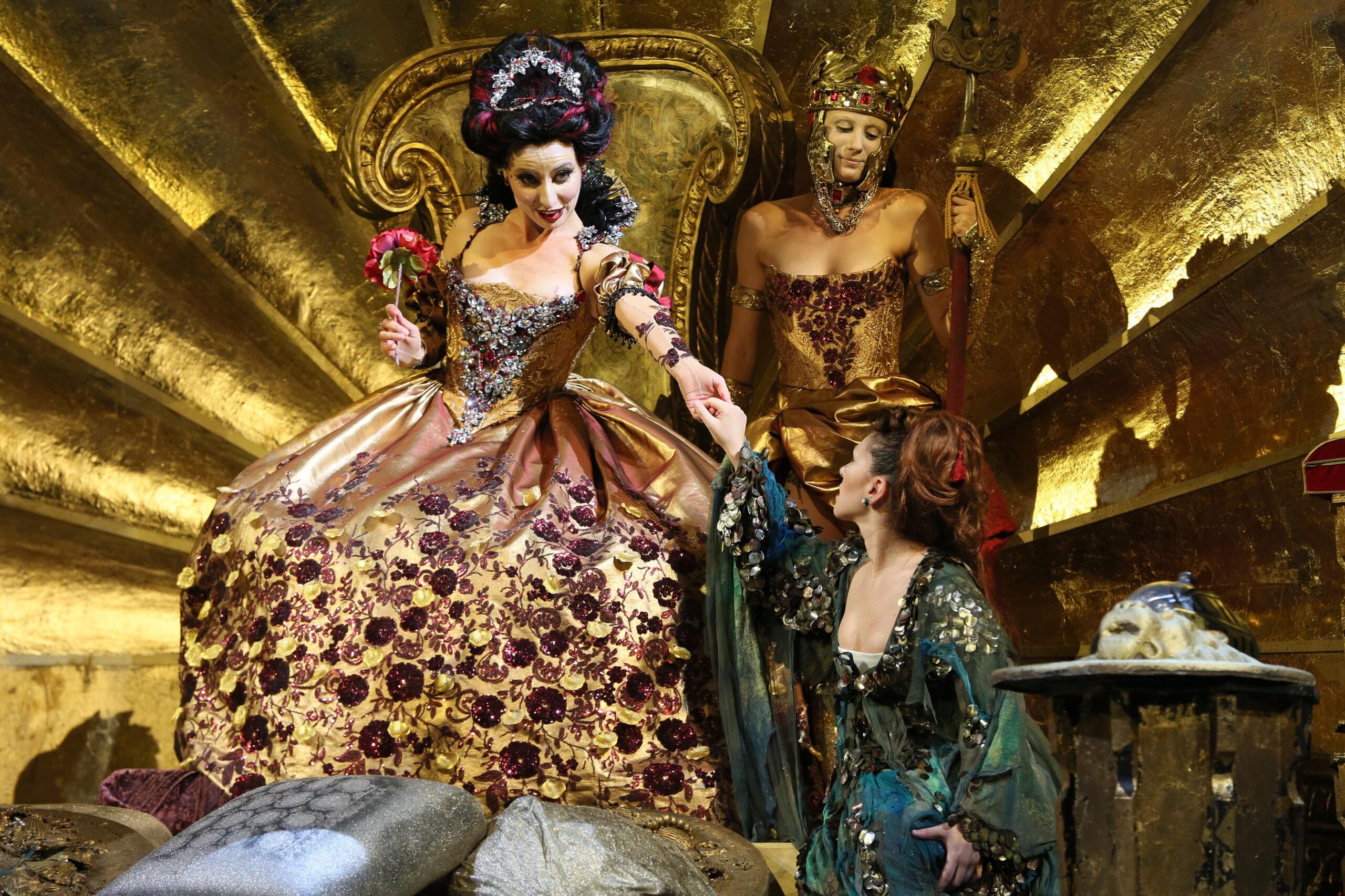 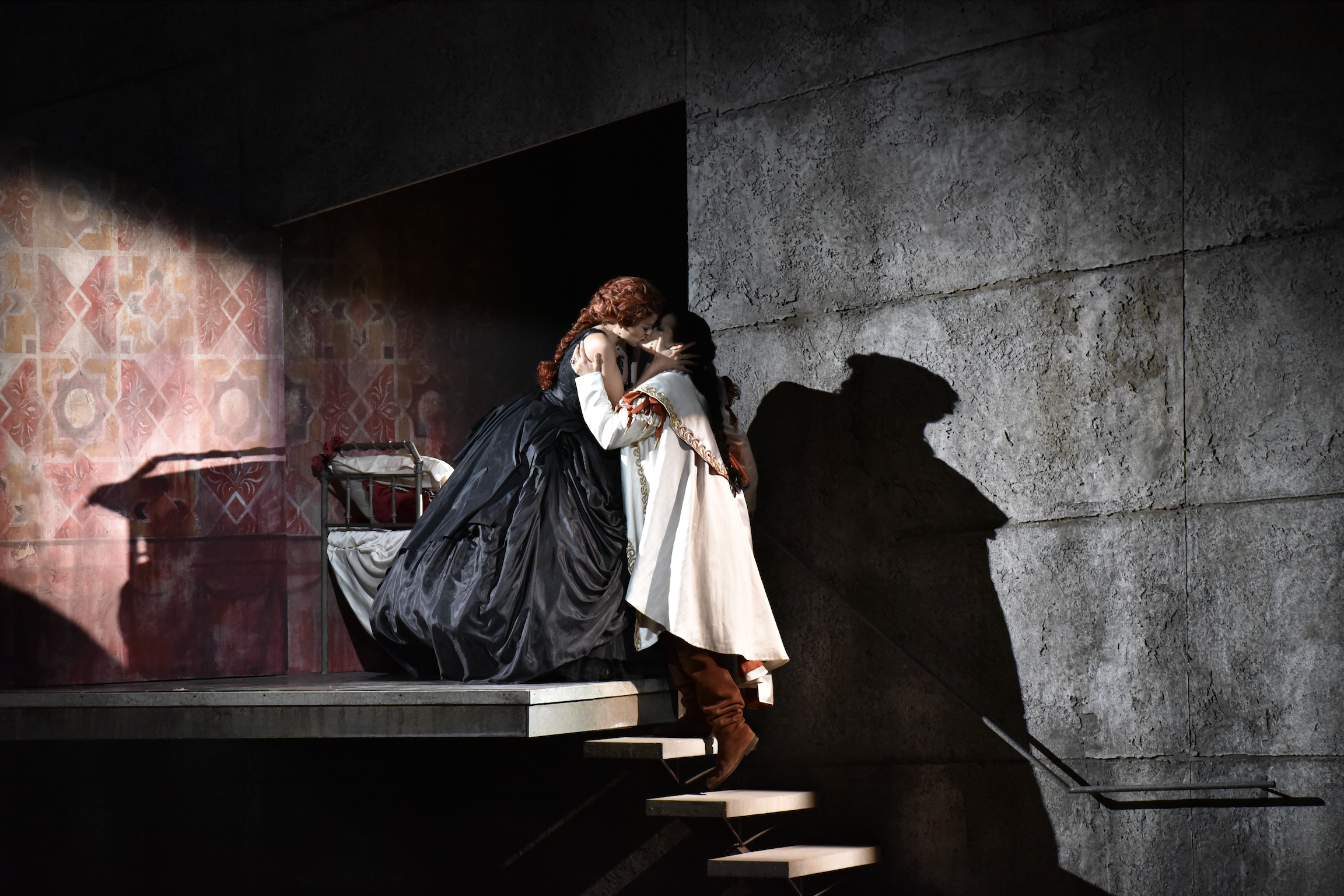 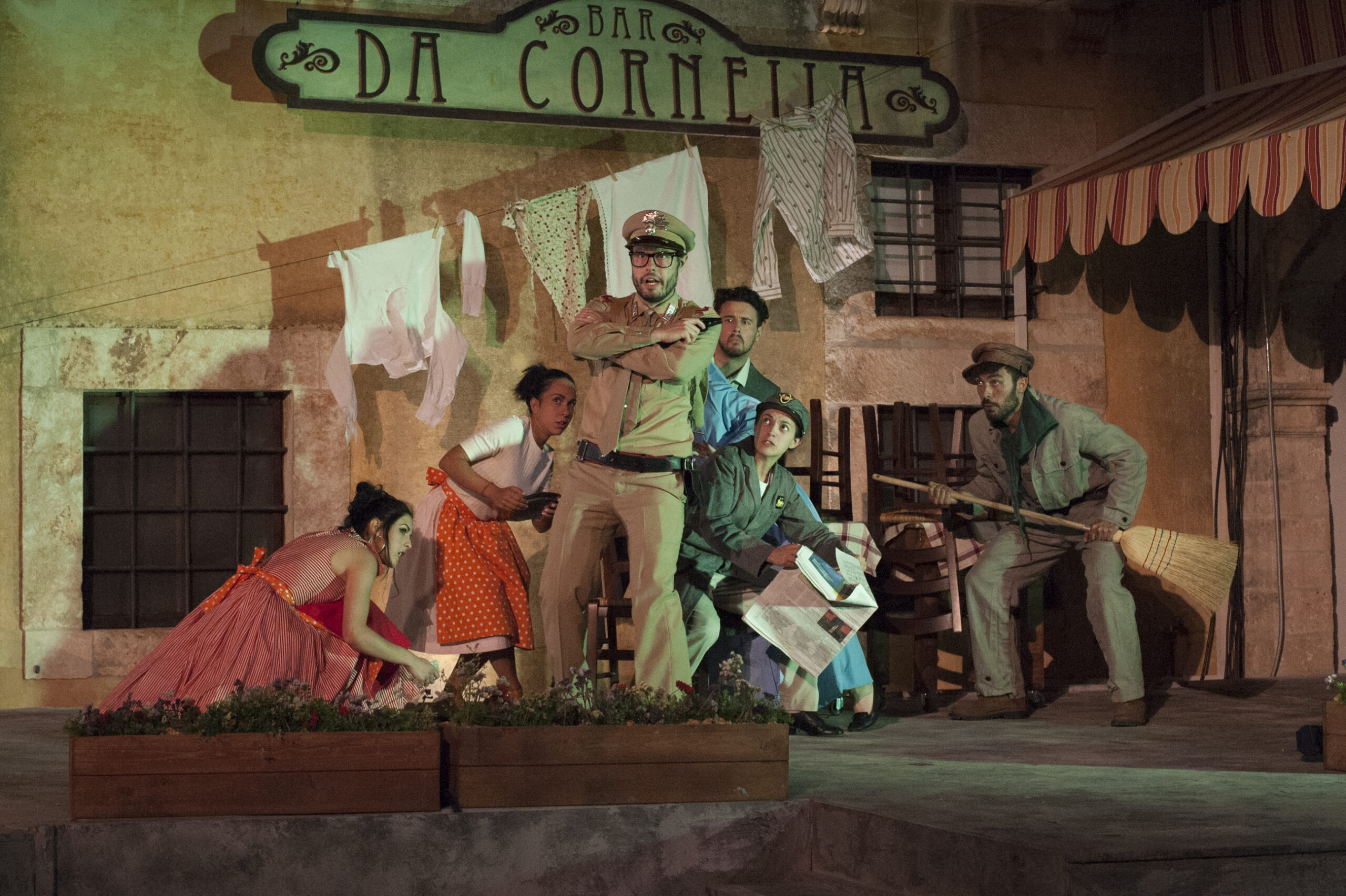 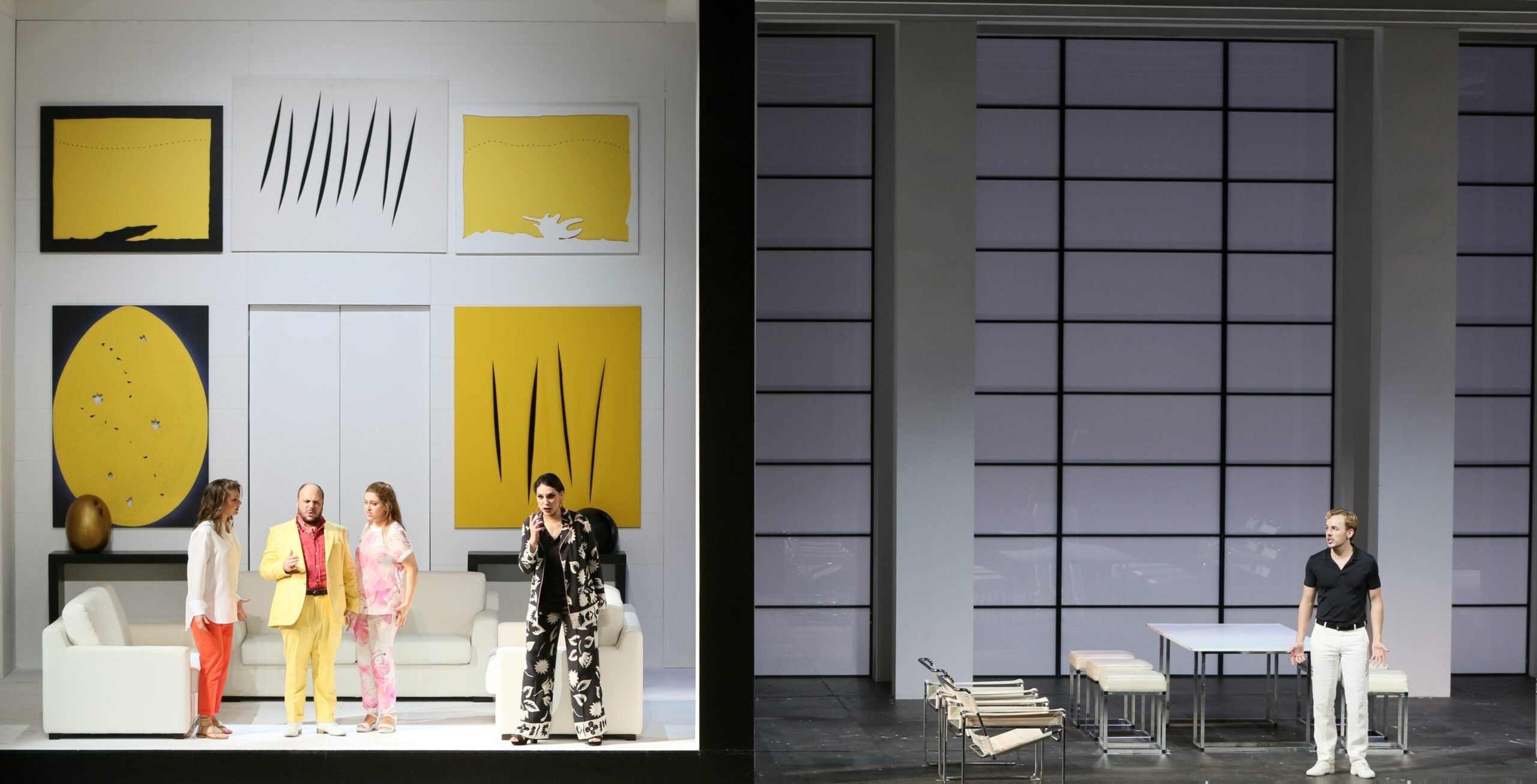 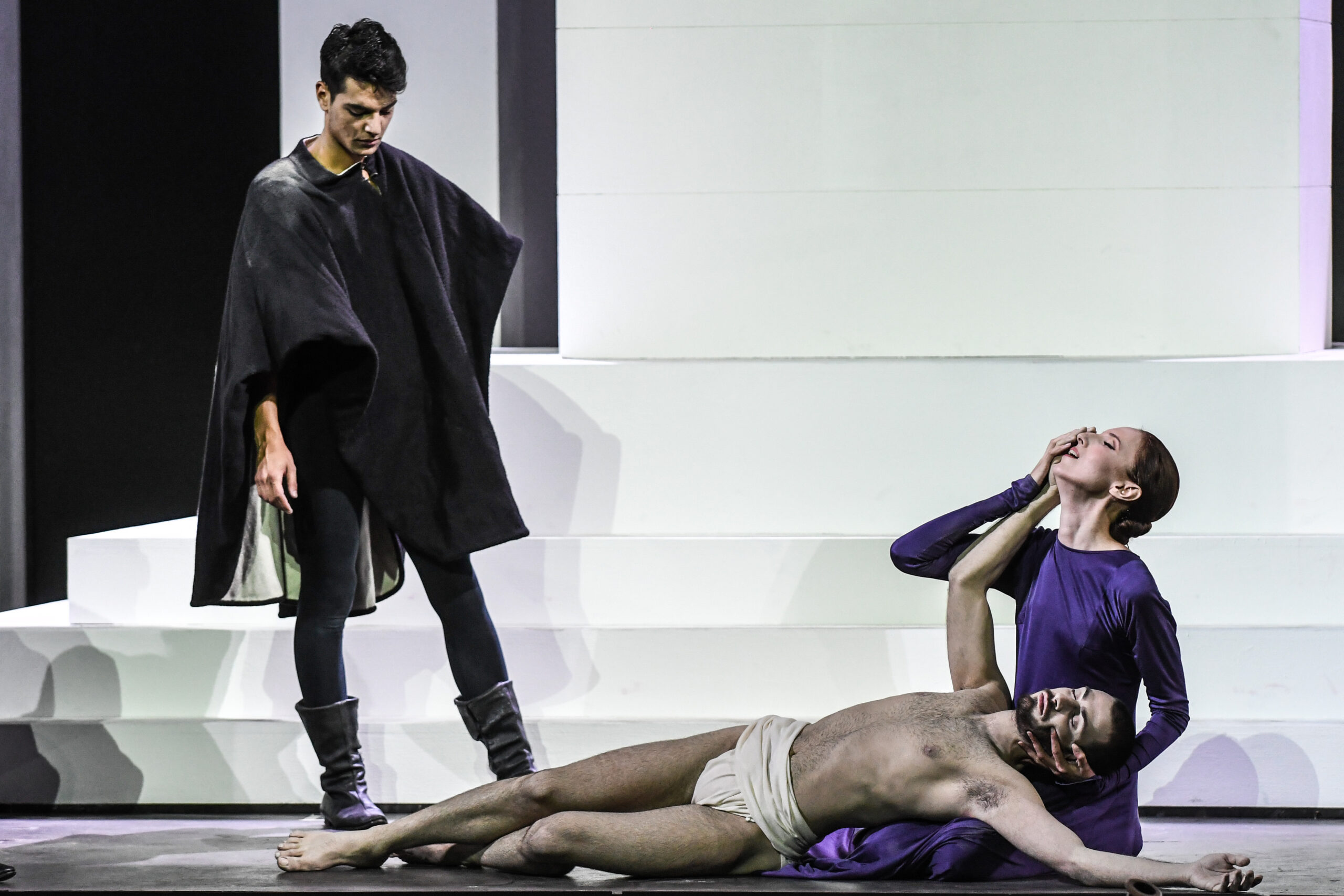 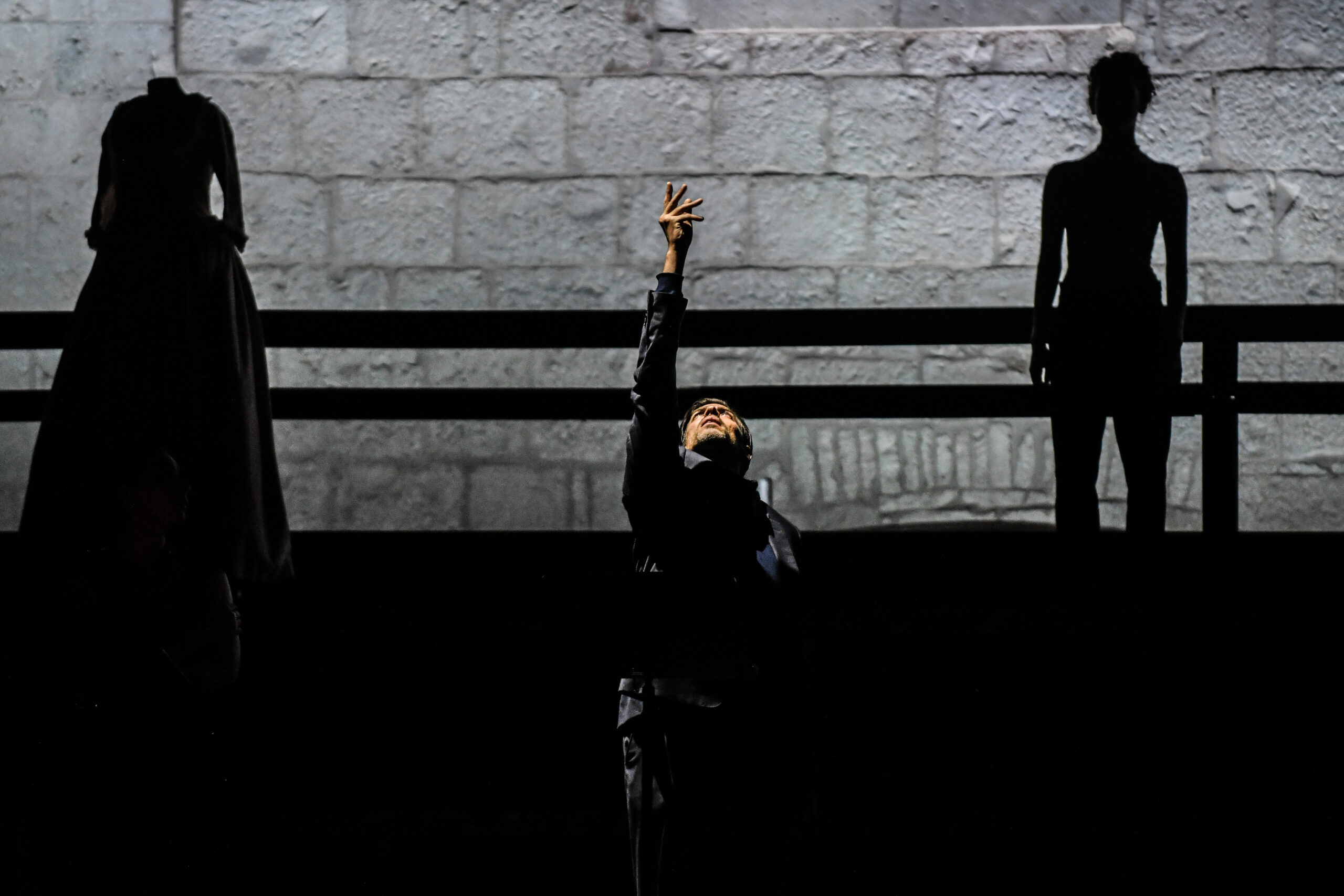 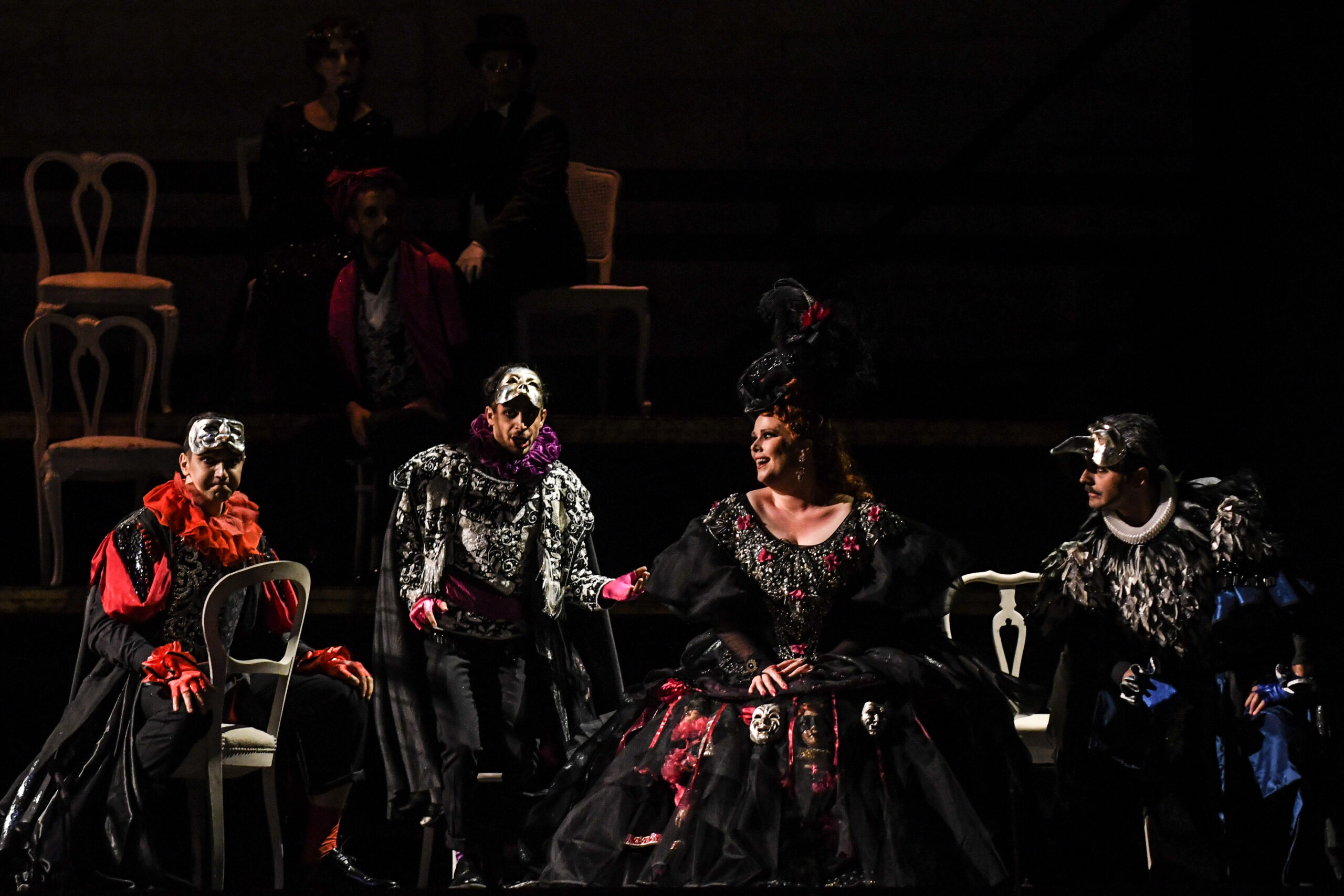 Sebastian F. Schwarz is the new artistic director for 2022-2024, he succeeds to Alberto Triola, who directed twelve editions of the festival. Born in 1974, for two years Sebastian F. Schwarz has led the Teatro Regio di Torino, where he continues to be artistic director. His excellent career has seen him featured in many European theatres and festivals, including Wexford, the Theateran der Wien, and Glyndebourne. The artistic projects he has been a part of have been recognised in Europe for their originality, pertinence, and consistency, with a predilection for the Baroque and rare repertoires as well as a number of world premieres. These characteristics have made him the perfect candidate to lead the Festival della Valle d’Itria for the next three years.

The festival has been awarded the sought-after Premio Abbiati nine times by the national association of Italian music critics.

Four operatic titles, for a historical journey that goes from the seventeenth century to the contemporary: Sergej Sergeevič Prokof’ev’s Le joueur (1929) alongside Beatrice di Tenda (1833) by Bellini and Il Xerse by Cavalli, then the world premiere of Opera italiana by Nicola Campogrande (2010).
This is the 48th edition of the Festival della Valle d’Itria in Martina Franca, from July 19th to August 6th 2022.

The 47th edition of the Festival will take place in Martina Franca from the 17th July to the 4th August according to the programme – drawn up by Artistic Director Alberto Triola together with Music Director Fabio Luisi – dedicated to the connections between Naples and Vienna. 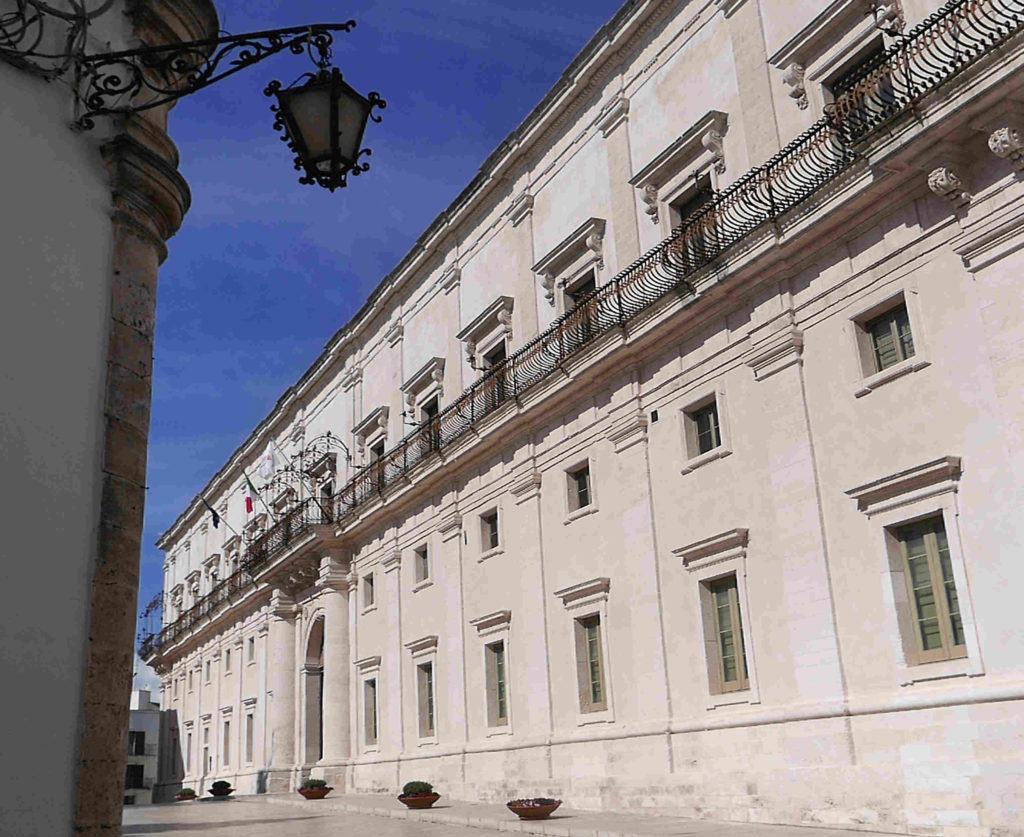 The programme leads us through the Neapolitan Baroque of Alessandro Scarlatti and Nicola Porpora – which caught on Europe-wide also thanks to the vocal stardom of Farinelli and his rivals – and all the way to the Viennese Classicism of Haydn, and ultimately Schubert.
In Martina Franca: Die Schöpfung by Franz Joseph Haydn, La Griselda by Alessandro Scarlatti, L’Angelica by Antonio Porpora, and Winterreise by Franz Schubert.

«After the successes of the 2020 edition – notes President Franco Punzi – which took place last summer even when many other festivals had had to cancel their performances, we wish to look to the future with the optimism which has accompanied and characterised us for almost half a century now. It is our duty to proceed with caution, but the inauguration of the programme for the 2021 edition of our festival marks one of Europe’s key musical appointments, as well as an unmissable opportunity for our territory».

«The plan of the Festival della Valle d’Itria 2021 to stage Haydn’s oratorio Die Schöpfung – stresses Music Director Fabio Luisi – is extremely interesting, and bold in its intention to sustain the music with dramatic visuals. This is the very DNA of this Festival, which has always connected the Italian Belcanto repertoire with the European experiences deriving from it. We know that Haydn’s operas lacked dramatisation, in spite of often being musically flamboyant. Since it is not strictly connected to a theatrical form of drama, but rather to a pre-existing biblical-historical form, Die Schöpfung lends itself to the exploration of a Mediterranean vocality, more adequate for the Habsburg and Middle-European music scenario. Furthermore this project, from a personal point of view, brings me back to the first years of my conducting career, when here in Martina Franca I had the privilege, under the artistic direction of Rodolfo Celletti, of grappling with this masterpiece brought to life, yesterday like today, thanks to our request».

The opening night of the 48th edition, set for Tuesday 19th July in Martina Franca’s Palazzo Ducale, uncovers the first of the rare works for 2022: Delitto e castigo, dramma lirico by composer Arrigo Pedrollo from Vicenza (1878-1964) with libretto by Giovacchino Forzano, based on the homonymous novel by Fëdor Dostoevskij. After its debut at La Scala in 1926, it was performed at La Fenice 1953. It represents the style of the author, well immersed in the Italian cultural climate of the ‘20s, with an eye for 19th century and Wagnerian heritage as well as an attention for French “novelties”. Jan Latham Koenig conducts, while direction is by David Pountney, one of today’s maestros.

The second work is Beatrice di Tenda by Vincenzo Bellini (1833). The opera is one of the least performed by the composer from Catania, whose repertoire has been carefully perused throughout the Belcanto programmes of the Festival della Valle d’Itria. It marks the last work of the Bellini-Romani partnership, which came to an abrupt halt precisely due to the late delivery of the libretto. It is inspired by a true story which took place near Milan in the early 1400s. In Martina Franca, Beatrice di Tenda will be presented in concert form conducted by the Festival’s music director Fabio Luisi.

The Palazzo Ducale is the venue for the world premiere of Opera italiana by Nicola Campogrande, an opera written between 2008 and 2010, commissioned by the Comitato Italia 150 (on the occasion of the celebrations for Italy’s national Unity 1861-2011) to depict contemporary Italy. Conduction and direction are respectively by Alessandro Cadario and Tommaso Franchin, increasingly emerging artists of the past few years.

News for 2022 is that, after several years, we have a return of Martina Franca’s Teatro Verdi as a venue for our performances. The theatre has just been refurbished, and it is here that Il Xerse by Francesco Cavalli (1655) will be performed, in its new critical edition by Sara Elisa Stangalino and Hendrik Schulze, for Bärenreiter. With this tough Baroque work we continue our collaboration with Federico Maria Sardelli, an expert of Italian Baroque, top author and performer. Director is Martina Franca’s own Leo Muscato, “returning home” after his Le braci by Marco Tutino in 2015. 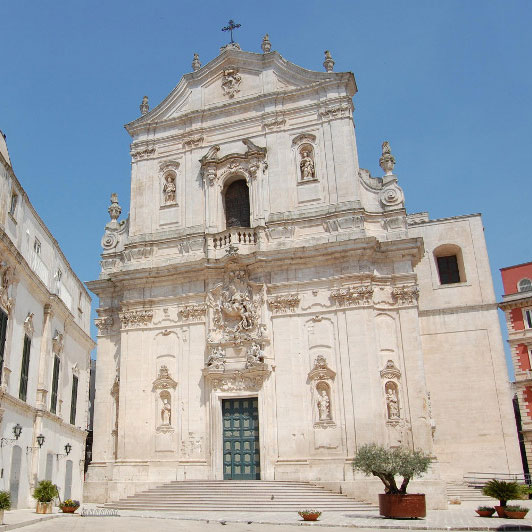