The history of the Festival della Valle d’Itria

The Festival della Valle d’Itria in Martina Franca began in 1975 as an initiative of a group of passionate music lovers headed by Alessandro Caroli, the Festival’s first president, determinedly supported by Franco Punzi – then mayor of Martina Franca – and Paolo Grassi, who was then superintendent at the Teatro alla Scala.

From the outset, the festival stood out for its bold programming of a repertoire and a performance style which were then undervalued. 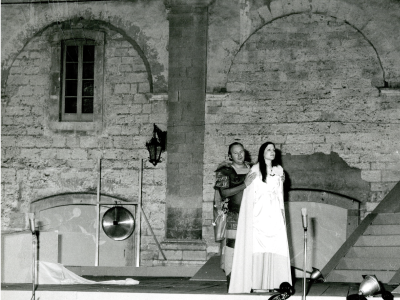 The festival’s success was helped by its staging of works such as Rossini’s Tancredi (in 1976, even before the Rossini Renaissance which characterised subsequent decades) and the original version of Bellini’s Norma, with the protagonist’s voice in a darker timbre than that of the young Adalgisa.

From 1980, under the presidency of Franco Punzi and artistic direction of Rodolfo Celletti – a leading voice specialist – the festival reaffirmed its original identity as a re-evaluation of the bel canto repertoire (from Monteverdi to early Romanticism) and the Neapolitan School, whose greatest stars were Puglia-born composers, without neglecting the vast European repertoire and, in particular, the appreciation of Italian bel canto elements in the work of non-Italian composers. Emblematic examples of operas included  Adelaide di Borgogna and Semiramide by Rossini, L’incoronazione di Poppea by Monteverdi, Giulio Cesare by Handel and Fra Diavolo by Auber.

With Sergio Segalini as artistic director from 1994 to 2009, the festival further developed the international flavour of its repertoire choices, beginning with Cherubini’s Medée in the original French with spoken dialogue, followed by masterpieces such as Meyerbeer’s Robert le diable, La Grande-Duchesse de Gérolstein by Offenbach, and the French version of Salomé by Richard Strauss.

Alberto Triola took the helm as artistic director of the festival in 2010, and refocused attention on the bel canto repertoire in Baroque opera, while also planning to extend the festival’s horizons to include twentieth century and contemporary works. The choice of titles in the two-year period 2010-11 is telling: : Gianni di Parigi by Donizetti and Aureliano in Palmira by Rossini, Rodelinda, Regina de’Longobardi by Handel and Il Novello Giasone by Cavalli and Stradella, Napoli Milionaria! by Rota and de Filippo, Der Ring des Polykrates (Korngold) – Das Geheime Königreich (Krenek), Orfeo by Luigi Rossi and Daniela Terranova, Nur by Marco Taralli, Zaira by Bellini, Artaserse by Hasse, Crispino e la Comare by the Ricci brothers, Maria di Venosa by Francesco d’Avalos and Giovann ad’arco by Verdi.

The festival’s productions stand out for the authenticity of their librettos (often unabridged) and their respect for voice types, in keeping with the scores and the original performances. The festival has contributed to the establishment of artists who would go on to write the history books, such as Mariella Devia, Martine Dupuy, Paolo Coni, Daniela Dessì, Patrizia Ciofi, Fabio Luisi and Renato Palumbo, to name but a few. Since 1975, more than one hundred operas have been presented in the Festival della Valle d’Itria. Among other achievements, it should be remembered that over the years the festival has been awarded the sought-after Premio Abbiati nine times by the national association of Italian music critics; it is also a member of numerous major associations including the EFFE [Europe for Festivals – Festivals for Europe], the CIDIM [Comitato Nazionale Italiano Musica] and Italiafestival, of which it is a founding member. 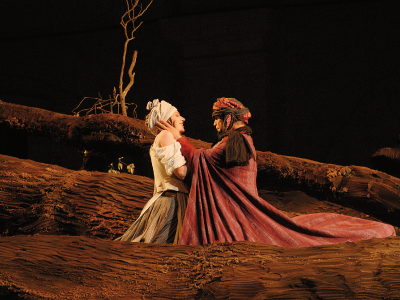 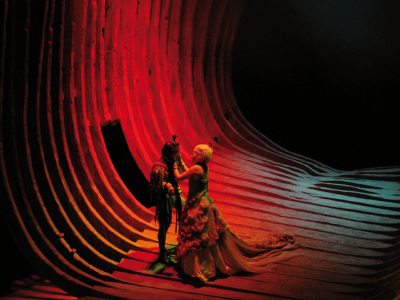 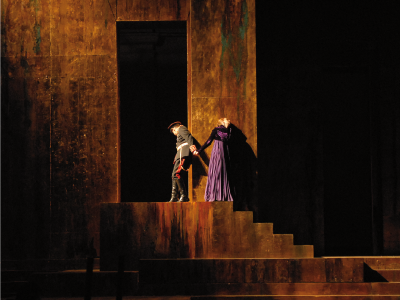 “A theatre, a literature, an artistic expression that does not speak for its own time has no relevance.”

“Actors are able to play any character precisely because they themselves are completely deprived of it.”

“The audience goes to the theater to see the good performance of good plays, and not the play itself: you can read the play.”