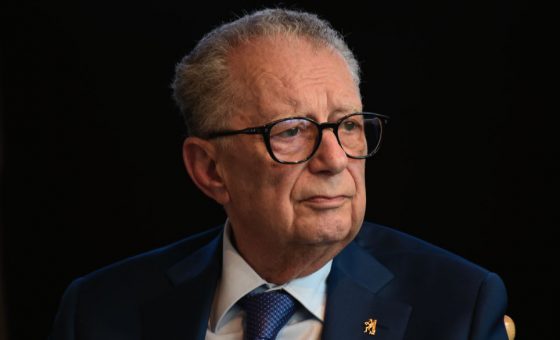 As Mayor of Martina Franca, Franco’s was the first signature on the articles of association for the Centro Artistico Musicale which instituted the  Festival della Valle d’Itria. He has been president since 1980 of the Centro Artistico Musicale Paolo Grassi and the Festival della Valle d’Itria. Since 2003 he has been president of the Martina Franca Fondazione Paolo Grassi.

Until 5 February 2014 he was national president of Italiafestival, which brings together Italy’s most important music, theatre, dance, culture and film festivals in the Associazione Generale Italiana dello Spettacolo (AGIS).

He was mayor of Martina Franca from 1972 to 1989. A leader of Catholic workers’ associations, he fulfilled various roles in local administration and politics. A staunch Europhile, he was appointed to highly prestigious posts including president of the Italian section of the Council of European Municipalities and Regions (CEMR), a member of the European Local Bodies intergroup (Brussels) and European Commission representative in the programme for water solidarity in developing countries.

Furthermore he was president of the Consorzio Universitario Jonico, a board member at Bari University, president of the Taranto section of the Comitato Regionale di Controllo [CO.RE.CO], and a member of the Puglia regional committee for economic planning.

His many accolades include: Gold medal from the President of the Republic for services to Art and Culture, Commander of the Order of Merit of the Italian Republic since 2000, Knight Commander of the Order of St Gregory the Great, nominated by His Holiness John Paul II on the occasion of the 2000 Jubilee, standing academic at the Accademia Teatina delle Scienze in Chieti.

His recent accolades include: Paul Harris Fellowship from the International Rotary Foundation, the Melvin Jones Fellowship from the International Lions Club, the Sigillo Martiniano conferred by the Basilica of St Martin on the occasion of the Celebrazioni Martiniane in 2012, honorary membership of the Lions Martina Host, the Martina Franca Rotary Club and the Martina Franca Università dell’Età Libera, and the  “Cataldus d’Argento” prize for culture, awarded for the first time to a citizen not from Taranto.

In December 2013 he was awarded the Premio Asterisco by the eponymous association in Martina Franca, reserved for local citizens who have represented and honoured the city beyond regional confines. In February 2014 he was unanimously elected as the new president of FEDERMUSICA, the federation which – as part of AGIS – brings together the associations representing traditional theatre, opera, festivals, orchestras and bands.