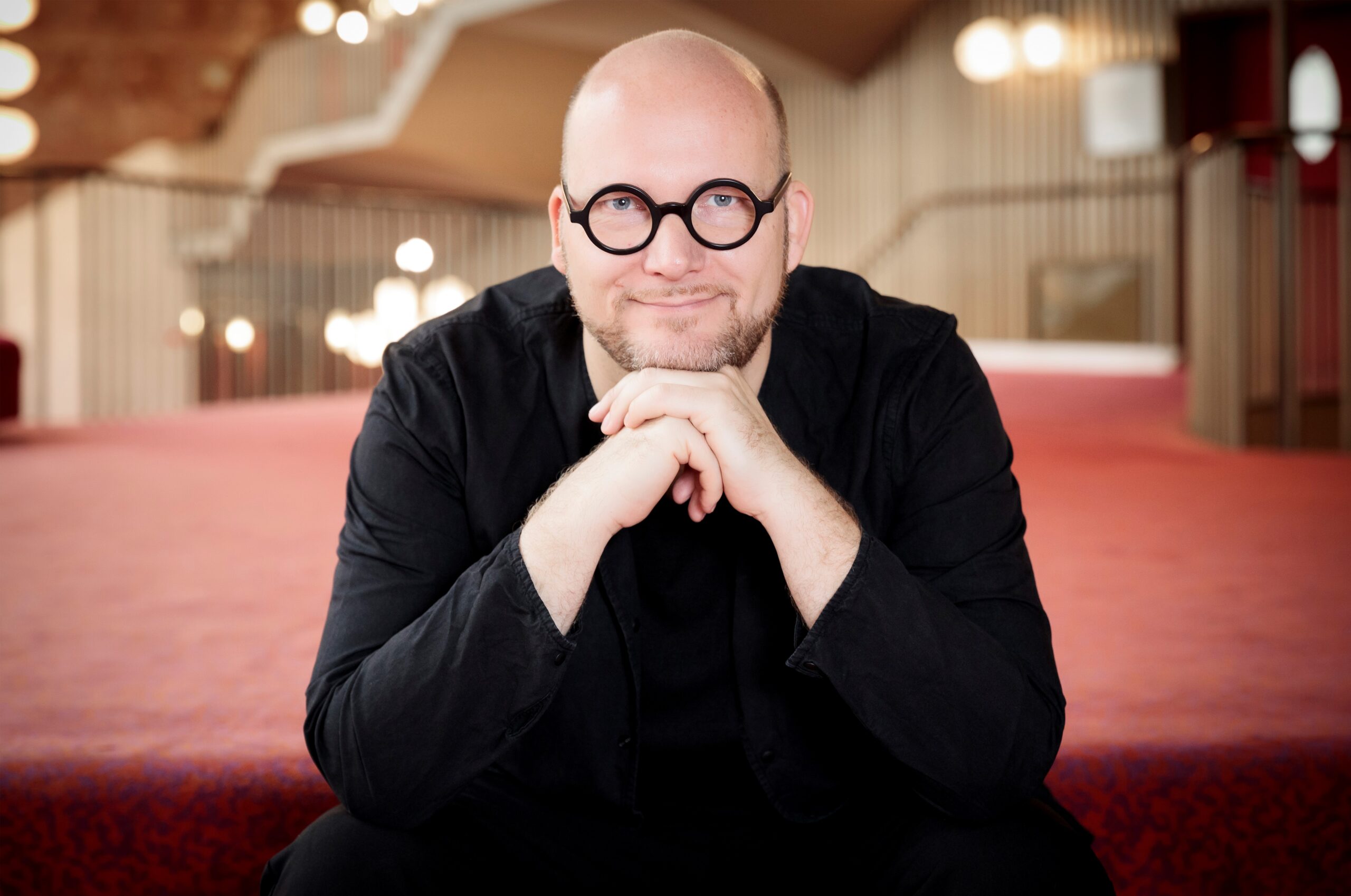 Born in Rostock, Germany in 1974, Sebastian F. Schwarz has a degree in Musicolgy from Berlin’s Freie Universität. He studied operatic singing at Venice’s Conservatorio Benedetto Marcello and passed his degree with special mention in Theatre Administration and Artistic Techniques of Performance at the Venice’s Università Ca’ Foscari. He then went on to collaborate with the Bayreuth Festival, following several higher education courses in Leadership and Management Development in Vienna, and Strategic Leadership in England. He started his professional career in 1991 at Rostock’s Volkstheater, in the department of dramaturgy and as stage manager. He then completed his civil service in a programme of humanitarian aid in Moscow and Voronež, and assisted with public relations at Moscow’s Helikon Opera. In 1998 he moved to Venice, where he was language coach at the Teatro La Fenice for their German, Russian, and English productions. In 2002 he became the manager of the operatic section of the Walter Beloch Artists Management. In 2004 he worked at the Production Office of the Wexford Opera Festival in Ireland, and in 2007 he was appointed Director’s Assistant for Hamburg’s Staatsoper. For the Innsbrucker Festwochen für Alte Musik, in 2010 he contributed to the foundation of the Baroque Opera Singing Competition “Pietro Antonio Cesti”, for which he was Artistic Director and head of the jury until 2016 and again from 2021. In 2015 he started his collaboration as a University lecturer with Vienna’s Universität für Music und darstellende Kunst, and since 2020 he also teaches at Salzburg’s Mozarteum University. He is regularly invited to teach in masterclasses and workshops run by Plácido Domingo, Galina Višnevskaja, and Jurij Bašmet. Between 2008 and 2016 he was Director of Artistic Administration and Casting at Theater an der Wien; from 2012 to 2016 he was also Artistic Director of Vienna’s Kammeroper and founder of the Junges Ensembles des Theater an der Wien (JET). From 2016 to 2018 he was CEO and Artistic Director of the Glyndebourne Festival, where his acclaimed programming included new production of Hipermestra by Francesco Cavalli directed by Graham Vick, the world premiere of Brett Dean’s Hamlet conducted by Vladimir Jurowski, and Samuel Barber’s Vanessastaged by Keith Warner and directed by Jakůb Hruša. In 2018 he was Founder and President of the Jury of the Glyndebourne Opera Cup – international singing competition. He is the mind behind the Festival and tours up to 2021. He was a member of the board of directors of Opera Europa and London’s National Opera Studio. Since 2017 he is part of the Board of Directors for the Europäische Musiktheater-Akademie and since 2020 vice president of the International Richard Strauss Society. In 2015 the President of the Italian Republic Sergio Mattarellaa warded him the title of Cavaliere dell’Ordine della Stella d’Italia. From the 24thJuly 2019 to the 11th September 2020 he was CEO at the TeatroRegio di Torino, as well as Artistic Director, a role which he maintains since the appointment of a government commissioner.