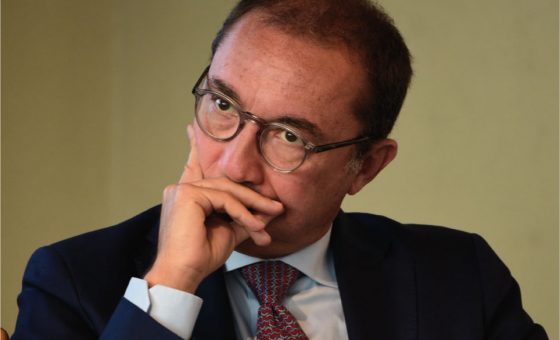 Alberto has been artistic director of the Festival della Valle d’Itria since 2010. In recent years he has also been general director of the Teatro del Maggio Musicale Fiorentino and president of the Nino Rota College of Music in Monopoli.

Continually involved in theatre and music for almost thirty years, since 2002 Alberto Triola has distinguished himself by his considerable experience in leading major Italian theatres and festivals such as the Festival dei Due Mondi in Spoleto, the Festival Monteverdi and the Teatro Ponchielli in Cremona, the Carlo Felice in Genoa, the Comunale in Bologna and the Lirico in Cagliari, with highly acclaimed seasons and programmes of great cultural brilliance, which often mark the debut of new talents in performance, direction and conducting.

Milanese by birth, Alberto has a degree in engineering and a well-rounded preparation in music and theatre; having honed his professional profile with fourteen seasons at the Teatro alla Scala, he stands out for his cross-disciplinary experience in theatre as both artist and director. In the course of his career he has worked alongside landmark figures in the world of music and theatre, including  Alberto Zedda, Marco Tutino, Carlo Fontana, Gian Carlo Menotti and Paolo Arcà, as well as Riccardo Muti and Fabio Luisi, with whom he shares the artistic directorship of the Festival della Valle d’Itria.

His passion and commitment is clear in his constant quest for new performers, carried out first with the Scuola dell’Opera Italiana in Bologna (which he founded with Marco Tutino and led from 2007 to 2010) and later, from 2011 with the Accademia del Belcanto “Rodolfo Celletti” in Martina Franca.

In recent years, in the free time permitted by his other professional commitments, he has also developed a parallel career as a director, debuting in 2008 at the Wexford Opera Festival with Rossini’s Signor Bruschino.

He followed this with successes particularly in Germany and Austria, with shows (Carmen and Macbeth at the Lubecca theatre,  La clemenza di Tito at the Kammeroper of Theater an der Wien), which received enormous acclaim from audiences and flattering reviews from critics. His most recent achievements have been in Belgrade with Don Giovanni (a co-production of the National Theatre with Teatro Madlenianum, which went on to tour Romania), and at the Teatro Olimpico in Vicenza with L’Inganno felice by Rossini for the city’s Festival delle Settimane Musicali.

He has written several books, the latest of which is a profile of the twentieth-century opera star: Giulio Gatti Casazza, una vita per l’Opera,  published by Zecchini.